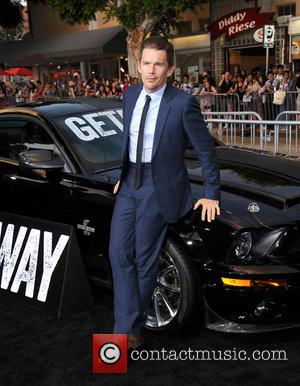 Actor Ethan Hawke attempted to serenade a New York audience with an apology song after play, Macbeth, had to be cancelled on Thanksgiving eve (27Nov13) due to production issues.

The show at Lincoln Center, New York was halted after just 20 minutes when technicians were unable to make mechanical trees, which are part of the play, move.

In a bid to keep theatre fans happy, Hawke took to the stage with a guitar and offered to perform, but was left red-faced when he couldn't think of an appropriate song.

After an audience member suggested he attempted Taylor Swift's You Belong To Me, the Training Day star began to strum the tune, but stopped after realising he really did not know the song.

Hawke said, "That's enough! Have a happy Thanksgiving and good night," and walked off stage.