Actor Ethan Hawke still finds it weird to talk about his former co-star River Phoenix, more than 20 years after his death. 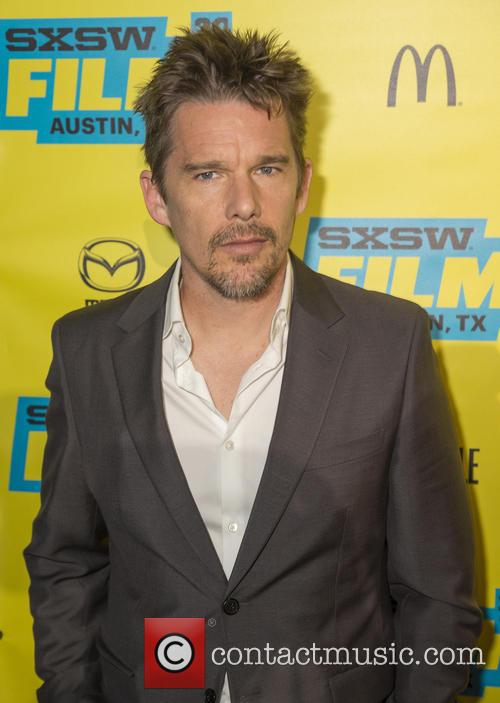 The 45-year-old worked with the late actor as a teenager in 1985 science fiction movie Explorers, the film debut for both stars, and now, 23 after Rivers' drug-induced cardiac arrest death in 1993, the Boyhood star still laments the loss of his friend.

"It’s weird to talk about River now," he told Vulture. "It’s still hard for me not to think about how great he would’ve been in a role like this one in (his new movie) Born to Be Blue; how wonderful it would’ve been to see more performances; what he would’ve accomplished as an adult."

Ethan's acting career has gone from strength to strength since his debut, but River isn't the only co-star he has mourned the loss of along the way.

In February 2014, his Before the Devil Knows You're Dead onscreen brother Philip Seymour Hoffman died, aged 46, from an accidental heroin and cocaine overdose, and to this day, Ethan continues to use him as an inspiration.

"Anytime I did a play, I would play a game with myself that Philip Seymour Hoffman was in the audience: 'OK, Phil’s out there, so you better do your best'." he confessed. "I also used to have this picture of him - I never told him this - on my desk. It was a New York Times profile whose headline was: 'Portrait of an actor as an artist' with a close-up shot of his face.

"I see it now and he looks so unhappy, but at the time I thought he looked so cool, so deep. And when I’d read scripts I’d think, 'What would Phil do?'"