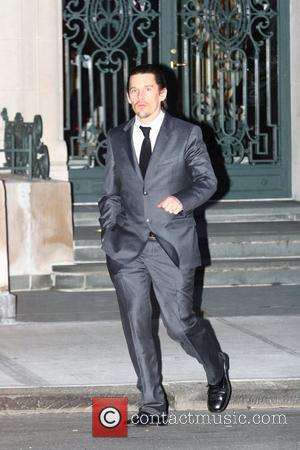 Actor Ethan Hawke was given a free room at New York's famous Chelsea Hotel on the understanding he reconciled with estranged wife Uma Thurman.
Hotel boss Stanley Bard agreed to let his movie star pal stay at his place for a month after Hawke returned to the Big Apple from Europe, where he had been filming Before Sunset - on the understanding he took the time to repair his shattered marriage.
Hawke tells WENN, "I was in Paris and my marriage was completely falling apart and I knew I didn't have a place to live when I finished the movie, so I called Stanley up and he said, 'I thought you might be calling me. Boy, you screwed up that marriage!' I said, 'I know that, but do you think you have a room? I need two rooms because I've got my kids.'
He said, 'Here's what I'm gonna do. I'm gonna give you a room for free for a month so you could get your wife back. Go get her back, just don't even worry about it.' I'm like, 'Alright Stanley, that's very sweet, but it's probably gonna be more than a month.' He said, 'No charge, you just save your marriage.'"
Hawke, who directed 2001 movie Chelsea Walls which features the famous Manhattan landmark, failed to save his marriage. Hawke appears in Abel Ferrara’s new documentary Chelsea on the Rocks, about the hotel and its famous guests.