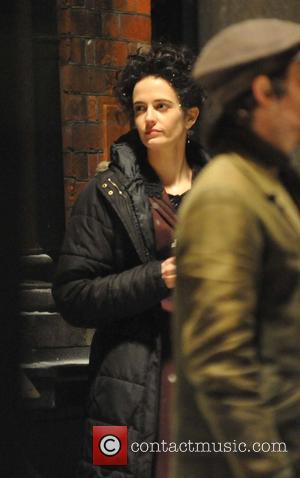 Actress Eva Green was covered in bruises after filming a "brutal" sex scene with Sullivan Stapleton in 300: Rise Of An Empire.

In the upcoming action spin-off, the former Bond girl plays a vengeful warrior in charge of the Persian navy, and one onscreen fight with Stapleton turned into a frantic sex scene.

Green tells ShortList magazine, "I haven't seen the sex scene, but I've heard it's quite full-on and brutal. I'd kind of forgotten about it... That was sex as a fight. I had bruises all over my body afterwards and I smacked Sullivan.