Eva Longoria learned to be ''domestic'' because she couldn't afford her own furnishings when she was beginning her career. 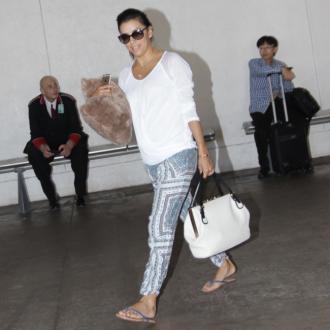 The 40-year-old actress - who recently launched her own line of soft furnishings with JCPenny and launched her own cookbook - claims used to make her own curtains and pillows because she ''couldn't afford them'' when she first moved to Hollywood.

She said: ''People don't realise how domestic I am. I had this s**t apartment, and my aunt Elsa would come over. She'd get so mad if I didn't have curtains or nice pillows. I couldn't afford them, so she was like, 'Then you need to make them.' So I would go to the fabric store and get discount fabric, and I would sew my own throw pillows.''

Eva decided to take a break from acting after 'Desperate Housewives' came to an end in 2012 because she wanted to focus on her charity work.

But she admits working on the TV series was relatively easy.

The brunette beauty, who has a degree in kinesiology, originally hoped to work in the NFL but entered a beauty pageant because she ''just needed the money'' which led her to Los Angeles.

She explained to America's InStyle magazine: ''I wanted to be a sports trainer for the Dallas Cowboys.''