Eva Longoria and her ex-boyfriend Eduardo Cruz were spotted sharing a 'passionate kiss' as they enjoyed a cosy lunch together at Italian restaurant Serafina in New York City on Saturday (26.10.13). 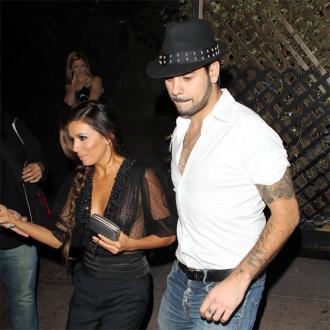 Eva Longoria and Eduardo Cruz have sparked rumours they are getting back together.

The on-again/off-again couple, who were last seen together in January, were spotted sharing a ''passionate kiss'' as they enjoyed a cosy lunch together at Italian restaurant Serafina in New York City on Saturday (26.10.13).

An eyewitness told People.com: ''They cuddled subtly at first and eventually shared a more passionate kiss. They really looked like they were in love during the lunch.''

The 38-year-old actress dressed down for their date and wore jeans, a green tunic top and her signature high heels.

Another diner told E! News that the couple were ''all over each other.''

The source said: ''After a bit, they started holding hands and kissing. Then they began full on making out. They were seated a table out in the open at the front of the restaurant. They didn't seem to care who saw them.''

Eva, who recently ended her brief relationship with Ernesto Arguello, was first linked to Eduardo, who is Penelope Cruz's younger brother, in February 2011 shortly after she split from her ex-husband Tony Parker.

They briefly separated in March 2012 and reunited a few months later but the former 'Desperate Housewives' star announced she had split from the Spanish singer, 28, for good in June 2012.

Their romantic date came just days after Eduardo brought a mystery girl to lunch in West Hollywood with Olivier Martinez on Thursday (24.10.13).