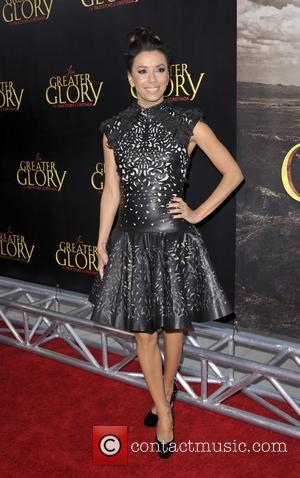 Eva Longoria and MARCIA CROSS have added their tributes to former Desperate Housewives co-star Kathryn Joosten, who lost her battle with lung cancer on Saturday (02Jun12).
The 72-year-old actress, who played meddling neighbour Karen MCCluskey on Desperate Housewives, passed away at her home in Westlake Village, California, surrounded by family.
Felicity Huffman branded her an "amazing woman and a wonderful actress," and now Longoria has taken to Twitter.com to share her memories of the two-time Emmy winner.
She writes, "My heart and prayers go out to the family of Kathryn Joosten! She was an amazing actress and an even better human being!"
Meanwhile, Cross retweeted a message stating, "Thank you Karen MCCluskey for everything. A true angel, simply returning home. Rest in peace my dear friend," while fellow castmember Vanessa Williams also reposted the tweet, "So sorry to hear about Kathryn Joosten. She was amazing in Desperate (Housewives)! R.I.P."
Joosten's character lost her lung cancer battle in the series finale, which aired in America last month (May12).