Eva Longoria and Mark Sanchez have split because of their ''different schedules and lifestyles'', but the pair are expected to remain ''close friends''. 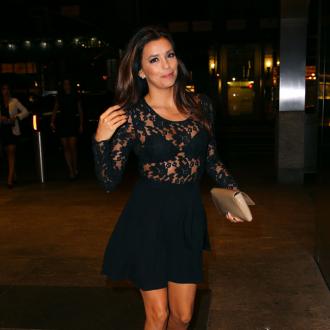 The former 'Desperate Housewives' actress - whose divorce from basketball player Tony Parker was finalised last year - and the NFL player have gone their separate ways after a couple of months of dating because of their ''different schedules and lifestyles'', but the pair are expected to remain ''close friends''.

The American football player's representative told Us Weekly: ''Mark adores and respects Eva. It really was about scheduling more than anything else. They will remain close friends.

''There was no drama. They just have completely different schedules and lifestyles.''

Eva - who split from Eduardo Cruz in June - confirmed her relationship with the New York Jets quarterback, who has previously been linked to 'Heroes' actress Hayden Panettiere, in September, but the 37-year-old brunette is said to ''more focused on her career'' than going out on the town.

Another insider added: ''He likes to go out and have fun. She's more focused on her career and her philanthropic work.''

Eva is currently in Los Angeles preparing to start filming new movie 'Frontera' and she is said to be ''very focused'' on her work for US President Barack Obama's re-election campaign.