Eva Longoria has finally confirmed she is dating Ernesto Arguello, the Miami-based entrepreneur and philanthropist cast in her dating show ' Ready For Love'. 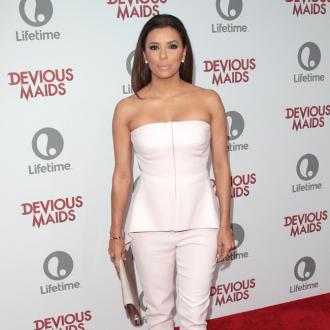 The former 'Desperate Housewives' actress met the Miami-based entrepreneur and philanthropist when he was cast in 'Ready For Love', the dating show she produced last year and while they were friends first, Eva has revealed their relationship recently turned romantic.

She told People.com: ''I think that's why our relationship is so special - we truly started as friends.''

While the couple were linked together almost immediately, Eva joked: ''I guess we have the press to thank for pushing us to see something we didn't see!''

Meanwhile, friends are thrilled the pair have finally started dating.

A source said: ''Eva and Ernesto are a perfect match. They both speak Spanish, have the same religion and the same cultural background.

''Their friendship and their similar philanthropic interests laid the foundation for their new romance. They're very much in love.''

Eva, 38, who was previously married to Tony Parker, has been single since splitting from NFL star Mark Sanchez last year.

The American football player's representative said at the time: ''Mark adores and respects Eva. It really was about scheduling more than anything else. They will remain close friends.

''There was no drama. They just have completely different schedules and lifestyles.''