Eva Longoria is struggling to establish new routines since divorcing Tony Parker and admits she still wants to ''cry'' when she speaks about her marriage breakdown. 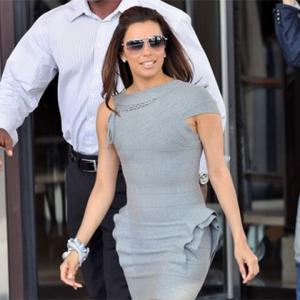 Eva Longoria wants to "cry" every time she thinks about her marriage split.

The 35-year-old actress - who filed for divorce from basketball star Tony Parker in November after almost three years of marriage - is still struggling to get to grips with establishing new routines and admits dealing with their separation is still "hard".

Eva - whose divorce was finalised in January - said: "I'm kind of having to find new patterns because I'm not used to having (so much time) -I'm used to always being on a plane and flying to a basketball game. It's been, well, every time I talk about it, I want to cry. It's been hard. Very hard. I'm just trying to get through it as gracefully as possible without any drama."

Despite the upheaval in her personal life, Eva - who has been romantically linked with Penelope Cruz's brother Eduardo - insists she "welcomes" The Changes still to come.

She told the new issue of Allure magazine: "I'm in a transition stage, settling into a new routine, and I welcome it."

Eva is best known for her role as glamorous Gabrielle Solis in drama series 'Desperate Housewives' and the actress is particularly proud of the show for breaking stereotypes.

The brunette beauty - whose parents are Tejano, meaning Texans of Mexican descent - explained: "'Desperate Housewives' was groundbreaking for Latinos in television because the Solises were the richest people on the block - and they're Mexican."