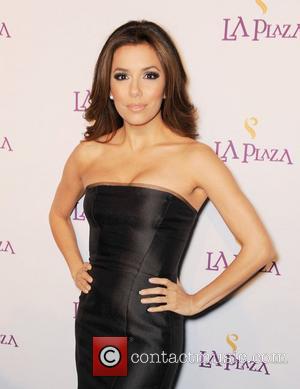 Actress Eva Longoria has been honoured at her favourite hometown restaurant in Texas - she has been added to the eatery's Latin wall of fame.
The sexy star and restaurateur is a regular at San Antonio's Mi Tierra and bosses there decided to pay tribute to their most famous customer, by asking a local artist to paint her for a mural.
Longoria admits she's flattered by the art piece, in which she's depicted wearing a form-fitting red dress.
She says, "It's a mural of Latinos in entertainment who have made an impact in the world."
The mural also features Carlos Santana and Cheech Marin.
She adds, "It's amazing. The muralist did that out of his mind. It's kinda cool. My parents were proud."