Eva Longoria: I want to be the 'female George Clooney'

Eva Longoria has revealed she wants to be the ''female George Clooney'', as he gets involved in all aspects of a film - from producing to directing as well as acting in the movie. 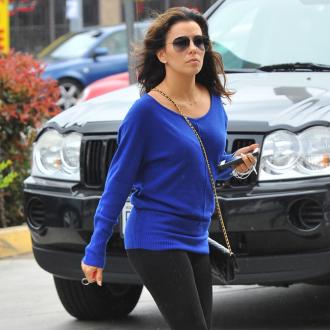 Eva Longoria wants to be the ''female George Clooney''.

The 'Desperate Housewives' star has revealed she would love to emulate the career of the 'Monuments Men' star, who gets involved in all aspects of a film - from producing to directing as well as acting in the movie.

She said: ''I want to be the female George Clooney.

''He directs, produces and stars. I want to be in charge of the final product.''

The 40-year-old star - who brands herself a ''control freak'' - also cleared up a misconception about her early career, insisting that she was a director and producer first rather than an actress.

She told InStyle magazine: ''Everyone goes, 'Oh, she's an actor-turned-director,' and I'm like, 'No, I was always a director and a producer who happened to become an actor.'''

Meanwhile, Eva previously admitted she didn't see acting as a ''means to an end''.

She shared: ''I've always been business-minded. I worked in corporate America before becoming an actress and knew that acting wasn't the end but a means to an end.

''It gave me the platform and the exposure I needed to do my philanthropic work. It also gave me the financial security to focus on my other businesses, start new businesses, and even help other people start businesses.''