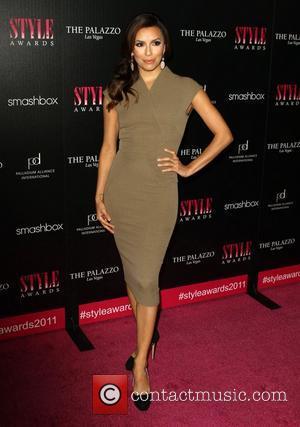 Eva Longoria suffered a travel nightmare on Wednesday (30Nov11) as strong winds battered Los Angeles.
The Desperate Housewives star was flying back to the city from a trip to the Dominican Republic, and experienced a bumpy flight home.
The plane was almost diverted as the storm, which also caused a a major blackout, took hold - but Longoria breathed a sigh of relief after she touched down safely.
In a post on her Twitter.com page, she writes, "Just got back to LA from Dominican Republic! Almost got rerouted because of the wind!!"
Longoria wasn't the only one affected by the weather - Miranda Cosgrove told her fans, "It's the windiest day in LA of all time! I had my 1st ever tumbleweed sighting!", and singer Sam Sparro adds, "In bed on the windiest night in memory. The power is out. S**t. It's like a hurricane out there."