Actress Eva Longoria only wants to ''do work that is meaningful'' after finishing 'Desperate Housewives'. 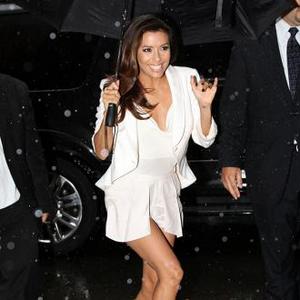 Eva Longoria only wants to ''do work that is meaningful''.

The former 'Desperate Housewives' actress revealed that she doesn't make any long-term plans and lives each day as it comes.

She said: ''I live day to day. I live moment to moment so I don't really think about 'what's your five-year plan? What's your 10-year plan?'

''I just want to work with people that I love and enjoy. And do work that is meaningful, philanthropically as well. As things go on, those are my focuses.''

She also confessed that she assumed The Ending of her popular TV show would allow her more free time - something that hasn't happened as more work has found its way onto her schedule.

''It was interesting since I thought I would have more downtime. I'm shooting a movie in November so I'll have some time before that, though I'm working with the Obama campaign pretty much every weekend until then.''