Actress Eva Longoria Was Honoured With The Coveted Ohtli Award By Officials At The Institute For Mexicans Abroad On Tuesday (05may15). 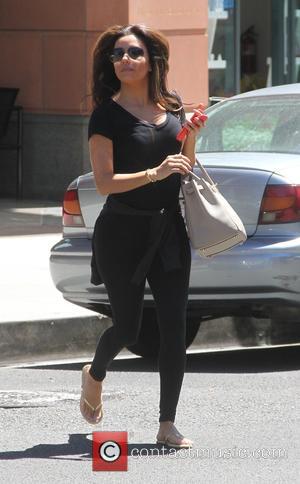 Conceived to recognise and honour Mexicans and Latino leaders whose efforts have contributed significantly to the wellbeing, prosperity and empowerment of Mexican communities abroad, the award is handed out annually.

Accepting the accolade, the former Desperate Housewives star proudly tweeted, "Thank you to @SM_Alcocer and Ambassador @aestivill for presenting me with the Ohtli Award!

"Such an honor to receive the Ohtli Award today in Washington DC!"

The Award is one of the highest distinctions given by the Government of Mexico to individuals of Mexican or Latino origin.

Longoria jetted back to America from Morocco, where she attended pal David Beckham's 40th birthday party over the weekend.

Beckham's wife Victoria posted a tribute to her pal on Twitter alongside a photo of the actress receiving the Ohtli Award.