Eva Longoria has revealed that ''money is not everything'' and she has never needed cash in the bank to feel content and happy. 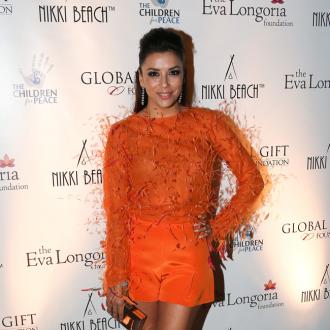 Despite achieving huge success and earning millions from her acting career, Eva - who is most famous for her role as Gabrielle Solis in 'Desperate Housewives' - insists having cash in the bank doesn't fulfil her and she isn't reliant on good finances to be happy.

In an interview with MujerHoy.com, she said: ''Money is not everything. I was also happy when I lived in an s***ty apartment in Hollywood. I have a tendency to happiness, it's in my DNA. Whatever the circumstances, I am an unconditional optimistic person. It's one of the reasons why I take philanthropy so seriously.''

Eva is known for her charity work and set up The Eva Longoria Foundation, which aims to help developmentally disabled children and women worldwide but particularly from the Latino community in the US.

The 38-year-old actress - whose parents are Mexican Americans - credits her ''curious'' personality for her desire to get involved with good causes.

She said: ''I'm curious by nature, energetic and ambitious. Ambition often provides much more success than talent or intelligence.

Eva has been married twice; first to 'General Hospital' star Tyler Christopher - who she separated from in 2004 - and then to French basketball player Tony Parker, but their union ended in divorce in 2010.

She is currently dating Ernesto Arguello, who appeared on the dating show 'Ready for Love' that Eva produced, and although she is happy she is refusing to confirm if she's found her 'Mr. Right'.

When asked if she had found love, Eva said: ''That's the big question! Can women have it all? I hope so. I have no children, but that does not mean I will never have.

''I don't put pressure on me. If one puts limits to himself, he is lost. I have big dreams and I'm open to any possibility.''