Eva Longoria ''doesn't hold on to the bitterness'' of her break-up with basketball player husband Tony Parker. 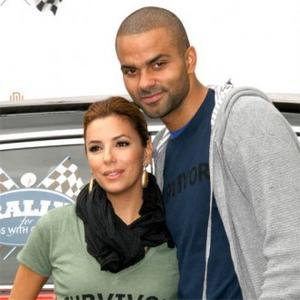 The 'Desperate Housewives' actress - who filed for divorce from the basketball player in November 2010 - does not hold a grudge against him and likes to hold on to the positives from their three-year marriage.

She told America's InStyle magazine: "One thing I did learn is you don't hold on to the bitterness of the loss; you hang on to the beauty of the love. Remember all the good things. There was a reason you met someone and a reason why you were together."

The brunette beauty - who separated from Tony amid allegations he cheated on her with Erin Barry, the now ex-wife of his former teammate Brent Barry -recently insisted she has no bad feelings towards her former spouse.

She explained: "Marriage in my family is really a sacred sacrament. It wasn't something we did frivolously. But, you know, I guess the relationship ran its course, and so many people want me to hate him or want to just destroy him. And I don't. I wish nothing but the best for him. He's not a bad person. He just wanted something else."

Eva - who has been married once before to 'General Hospital' star Tyler Christopher - would not go into detail about why she and Tony, 28, split.