Eva Longoria not desperate for a Housewives reunion

Eva Longoria has insisted there will be no 'Desperate Housewives' reunion because they have run out of storylines. 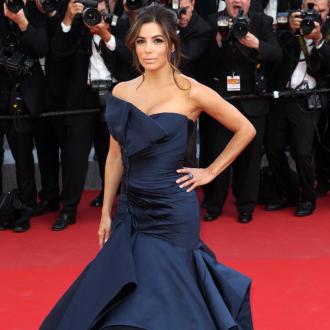 Eva Longoria has ruled out a 'Desperate Housewives' reunion.

While the 40-year-old actress loved working on the TV show - in which she played Gabrielle Solís for eight seasons - she doesn't think a reunion episode or movie is viable because there are no storylines left.

Speaking on New Zealand's TV One 'Breakfast', she said: ''We get asked this all the time and our creator MARC CHERRY always says 'no'. He's still exhausted, we're all still exhausted.

''Our seasons ran for 24 episodes, we fully mined all the characters. I can't have one more affair, one more character can't die. We've done it all.

''Other shows which went on to make movies, like 'Sex And The City', made only 10 shows a season so it's completely different.''

And she may not be desperate for a 'Housewives' reunion but Eva has other ambitions, recently revealing she wants to be the ''female George Clooney''.

Eva explained she would love to emulate the career of the 'Monuments Men' star, who gets involved in all aspects of a film - from producing to directing as well as acting in the movie.

She said: ''I want to be the female George Clooney. He directs, produces and stars. I want to be in charge of the final product.''