Eva Longoria On Barack Obama Advisory Board For Post-presidential Career

Actress And Political Activist Eva Longoria And Writers Toni Morrison And Malcolm Gladwell Have Reportedly Been Tapped To Help Advise U.s. President Barack Obama On His Career Options After Leaving The White House. 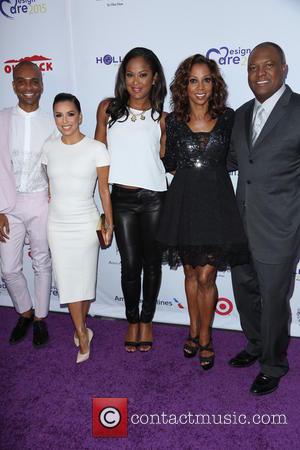 The two-term Democratic leader will step down from the top office in January, 2017, when the 45th President of the U.S. is officially sworn into office following the 2016 elections.

Obama is said to be exploring his next career move and he and his wife Michelle have been holding secret midnight meetings at the White House with a select group of people, which also includes hedge fund manager Marc Lasry and venture capitalist Reid Hoffman, according to the New York Times.

Among the topics discussed at the meetings were fundraising for Obama's plans to establish a completely digital presidential library the setting up of a global charity foundation.

The publication also reports director Steven Spielberg has offered to help with the digital library by developing a "narrative" for Obama's life after leaving office following a dinner meeting in Beverly Hills in June (15).

Longoria has been closely involved with the Obama administration since he was first voted into office in 2008. She was appointed co-chair of the leader's re-election campaign in 2012 and has been a big supporter of the President's immigration reform plans.