Eva Longoria is reportedly keen to move into politics and wants to run for mayor in Texas. 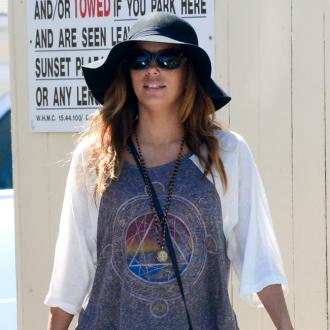 The former 'Desperate Housewives' star is said to be planning to take her political career more seriously and is reportedly thinking of running for mayor in her home state of Texas.

A source said: ''Eva wants to start small, maybe on a city council in her native Texas, or as mayor of San Antonio or Corpus Christi. Her two-year plan is to run for senate.''

Eva is said to have been asking for help from her good friend and fellow actor, George Clooney.

The source added to National Enquirer magazine: ''George has been coaching Eva on how to operate in Washington versus Hollywood, she wants to be taken seriously on the political scene.''

Eva has previously been very involved in the Democratic National Convention and was seen as a leading Latina supporter for President Barack Obama in September 2012. She has long championed Hispanic rights and causes and is still very involved with fund raising, recently helping to raise $170,000 to the Friends of the American Latino Museum. She has previously said she hopes to become more involved in political projects over the next few years.