Eva Longoria's friend George Lopez has joked about her love of toyboys and says he never sees her on Sunday nights anymore because she is too busy watching her latest love Mark Sanchez play football. 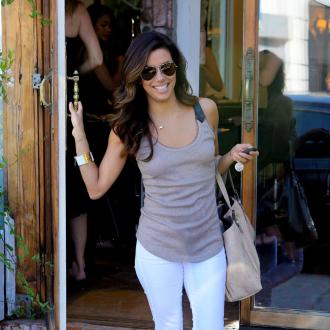 Eva Longoria's friend has joked about her penchant for toyboys.

The 37-year-old actress' marriage to Tony Parker, 30, ended in divorce, her relationship with Eduardo Cruz, 10 years her junior fizzled out after 16 months and after Eva revealed she is now dating 25-year-old football player Mark Sanchez, her pal George Lopez made a quip about her dating younger men.

He said: ''The one thing I appreciate about Eva is that, no matter what grade a dude is in, she doesn't discriminate on who she's dating.''

George also revealed Eva is taking her responsibilities as a sportsman's girlfriend seriously and said he never sees her on Sunday nights anymore as she is too busy watching football.

He added to E! News: ''She's very intense. She disappears on Sundays now.''

Things are reportedly so serious between Eva and Mark that they are thinking of moving in together in Manhattan.

The loved-up duo - who were first rumored to be an item when they were seen grocery shopping together in New Jersey over the summer - reportedly viewed several plush properties on Park Avenue in New York recently.