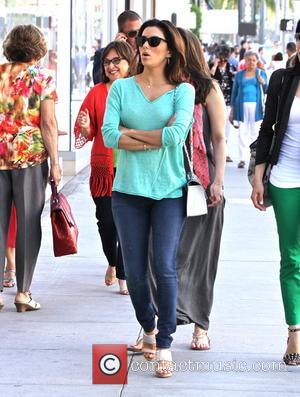 Eva Longoria has landed another major accolade just two days after she picked up a Masters degree in Chicano Studies at California State University, Northridge - she'll be honoured with the Dorothy I. Height Award at the upcoming YWCA USA Women of Distinction Awards Gala in Washington, D.C.

The actress and activist dashed back from the Cannes Film Festival, donned a cap and gown and picked up her diploma at a graduation ceremony on Wednesday (22May13).

And now she's preparing for another major honour after being selected as the recipient of this year's Height prize for her work in the field of racial justice and her commitment to peace, justice, freedom and dignity for all.

Longoria will be handed the award at a ceremony on 7 June (13).