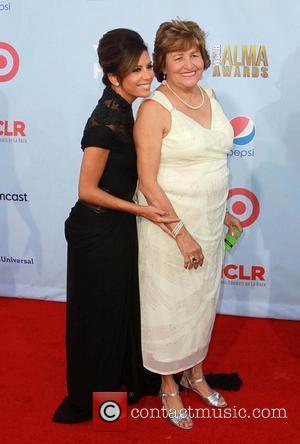 Eva Longoria was stunned by Kathryn Joosten's death in June (12) as the actress had seemed healthy and well when they wrapped Desperate Housewives together.

The veteran star, who played meddling neighbour Karen MCCluskey on the Tv drama, lost her battle with lung cancer aged 72.

Her death came just a month after the hit series finished filming in May (12), and Longoria admits the news was a shock for the whole cast.

She tells Britain's The Sun, "She was an amazing actress and an even better human being. She was an activist and cared about a lot of issues. The last day of filming, she was great, in high spirits and laughing.

"She didn't seem near the end, so it was quite a surprise for all of us that she passed away. We will miss her terribly."