Eva Longoria Is Reportedly Set To Move In To Tom Cruise's Old Home After Purchasing His Former Hollywood Hills Mansion For $11.4 Million (£6.9 Million). 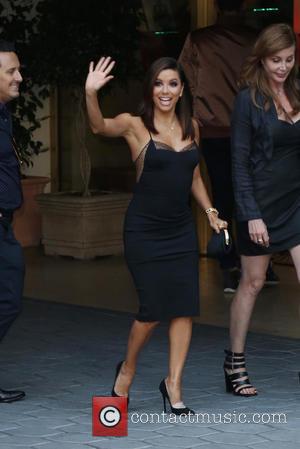 The Mission: Impossible star initially placed the Laurel Canyon pad on the market with an asking price of $13 million (£8.13 million), but he allegedly agreed to offload the house at a slightly discounted rate, according to GossipCop.com.

The 2.75-acre estate boasts a three-bedroom, European-style villa with a large swimming pool, a four-bedroom guest house, a children's playground and panoramic views of the San Fernando Valley.

The purchase is Eva's third in the area - she also owns a mansion and a bungalow not far from the new Hollywood Hills residence, while her property portfolio includes another home in San Antonio, in her native Texas.

Meanwhile, Tom is also trying to offload two other lavish homes - his $59 million (£36.9 million) ranch near Telluride, Colorado, and his $50 million (£31.25 million) mansion in Beverly Hills, which he shared with ex-wife Katie Holmes and their daughter Suri.