Eva Longoria has broken up with Ernesto Arguello after just four months of dating. 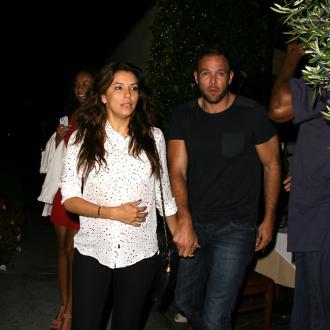 Eva Longoria has split from Ernesto Arguello after four months of dating.

The former 'Desperate Housewives' star and the Miami-based entrepreneur - who met when he starred on 'Ready For Love', the ill-fated reality TV show she produced - called time on their relationship this week after she decided it wasn't working out.

A source told Us Weekly: ''It wasn't that serious. He was fun.''

The news will come as a shock to friends, who believed Ernesto, 34, was so serious about the 38-year-old beauty that he was already considering marriage.

A friend previously revealed: ''Eva is a firm believer in marriage. Ernie may be a player when he is single, but he's never cheated on anyone and is very religious. I think the fact that he's so family oriented is what got her.

''My guess would be they'll be married within the next year.

''It's very real - they're both in love, which is rare for him. They're always together. His family likes her a lot ... they've never seen him so taken by someone.

''Eva is so down to earth, she doesn't 'act famous' at all. He is definitely not dating her because she is famous ... they're not a Hollywood couple. They're very real and very in love.''