Eva Longoria has split with boyfriend Eduardo Cruz after a 16 month on-off relationship. 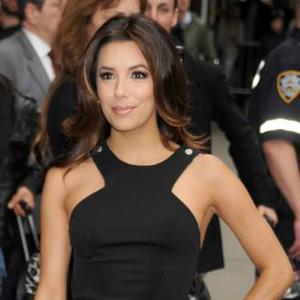 The former 'Desperate Housewives' actress and the younger brother of Penelope Cruz have split after an on-off relationship which lasted 16 months, a representative has confirmed.

Eva and Eduardo began dating after Eva split with her husband Tony Parker - with who she enjoyed a four year marriage.

They split in March but reunited later on in the spring.

A source said earlier this year: ''It was a mutual decision. They are staying friends. She's focusing on work and the end of 'Desperate Housewives'.''

Eva recently revealed she was going on a ''new Journey'' in her life following the end of the TV show, in which she played Gabrielle Solis.

She said: ''In the moment of doing the last episode, it was bittersweet, it was very emotional to leave this family I've had for eight years, our crew and our cast. It was really heartbreaking to know I would never play Gabby again.

''I mean, all of that was really sad, but at the same time, I'm so excited to turn the page and embark on this new journey of my career, of my life.