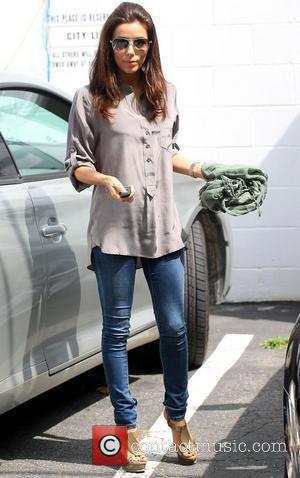 Desperate Housewives star Eva Longoria has turned down the chance to become a Bond girl of sorts - she has snubbed Aussie pop star Cody Simpson's request to be in his new video.
The teenager reached out to the actress via Twitter.com asking her to consider a role in the promo for So Listen.
He wrote, "g'day @EvaLongoria, could you be convinced to be in my #SoListen music video?"
But actress responded: "Aww i wish i could!"
Talking about the song and video, Simpson adds, "It's a young James Bond theme. We're putting together a lot of great choreography... I think we're going to be making something very cool."