Actress Eva Longoria admits she is devastated by the end of 'Desperate Housewives'. 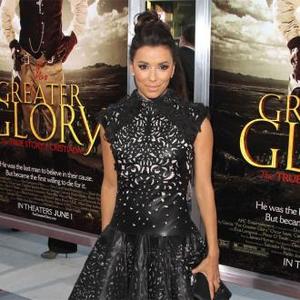 Eva Longoria is devastated by the end of 'Desperate Housewives'.

The petite actress - who has played feisty latina Gabriella Solis on the hit TV show since 2004 - has revealed she was extremely upset about the Emmy award-winning drama coming to an end.

Speaking to GLAMOUR magazine after wrapping the last ever episode, Eva said: ''I don't have a lot of energy right now because I was bawling my eyes out last night for hours after shooting.

''Marcia [Cross], Felicity [Huffman] and our creator [MARC CHERRY] sat in one of the sets and talked and talked for, like, two hours after everyone left. I mean it was just sad, so my eyes are really puffy right now.''

She added: ''It's very emotional and melancholy - it's definitely surreal [to have come to the end], but it's so exciting to see what the next chapter in my life is going to be.''

The end of the popular drama also marks the end of the real-life drama with the cast. In 2009, Nicollette Sheridan's character, the overly-sexual Edie Britt, was killed off and the actress launched a lawsuit against creator Marc Cherry, claiming he had hit her in 2008.

Eva, 37, commented: ''It didn't affect us. None of us were there when the incident allegedly happened, so we weren't called in [to testify]. It was definitely not really in our immediate consciousness of the show, but we work and we work, we're machines.''