Grease Is The Word For Longoria Parker 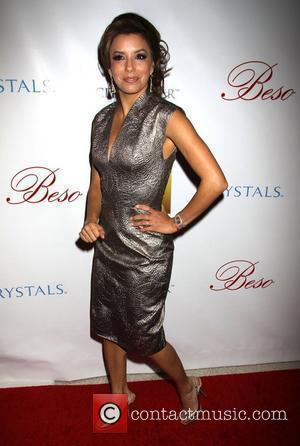 Eva Longoria PARKER and her husband Tony Parker have channelled Olivia Newton-John and John Travolta for a new GREASE contest.
The Desperate Housewives actress and her basketball star husband are inviting fans to recreate scenes from the 1978 musical for a new online competition - and they've made the contest's first entry with their own take on the classic Grease track, Summer Nights.
Longoria Parker donned a blonde wig and a bright yellow dress to play Newton-John's Sandy in the spoof, while her husband showed off his dance moves as Travolta's bad boy Danny Zuko.
In a clip on his official website, the San Antonio Spurs guard explains they chose Grease because "it's Eva's favourite film," before challenging fans to submit their own parodies.
The couple will select their favourite videos and fly the winners out to one of Parker's basketball games in Texas, where they'll meet them.
The deadline for video entries is 31 January (10).