Eva Longoria and Tina Fey have been named the highest-paid actresses on TV, each making $13 million between May 2010 and 2011. 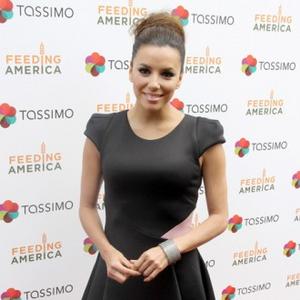 Eva Longoria and Tina Fey have been named the highest-paid actresses on TV.

The 'Desperate Housewives' beauty - who plays Gabrielle Solis in the programme - and Tina, who created and stars in the award winning '30 Rock' each earned a total of $13 million between May 2010 and 2011, $3 million more than their nearest competitors, according to Forbes magazine.

Eva's 'Desperate Housewives' co-star MARCIA CROSS - who plays uptight Bree Van de Kamp - was next on the list alongside 'Law & Order: Special Victims Unit' actress Mariska Hargitay and 'CSI's Marg Helgenberger, who all made $10 million each.

'Desperate Housewives' stars Teri Hatcher and Felicity Huffman both made $9 million from their roles, while 'Cougar Town's Courteney Cox and 'Grey's Anatomy' actress Ellen Pompeo each raked in $7 million dollars.

'The Good Wife' star Julianna Marguiles - who recently won the Best Actress Emmy for her role as politician's wife Alicia Floret in the drama series - rounded off the top 10, having earned $6 million from the show.

While the 'Desperate Housewives' stars featured heavily on the list, it remains to be seen where they will appear in the future as the show will come to an end after the next season.

Eva recently admitted everyone on set is "emotional" while filming the last series because they know the end is near.

Asked how she will feel at the end of filming, Eva said: "I can't - you're going to make me cry already.

Eva Longoria to star in Alexander and the Terrible, Horrible, No Good, Very Bad Day adaptation