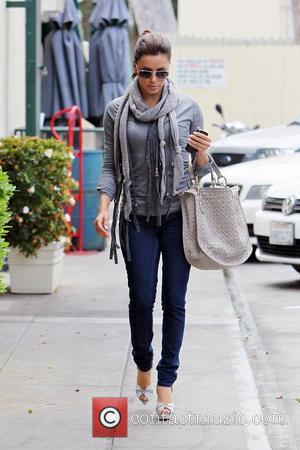 Latina actresses Eva Longoria, Rosario Dawson and America Ferrera met with U.S. President Barack Obama on Thursday (28Apr11) to discuss immigration reform.
Musician Emilio Estefan and his TV star niece Lili were also among the stars who visited the White House, where Obama stressed his commitment to overhauling immigration policy.
After the conference, Longoria revealed that Obama had voiced his support for the Dream Act, which would help young immigrants become legal and get an affordable education. The proposal failed in the Senate last year (10).
The Desperate Housewives star told reporters, "Obviously we were all disappointed that it didn't pass. They're wonderful students. It's really undebatable that they should be here and continue their education. We need an educated workforce and these kids would be that."