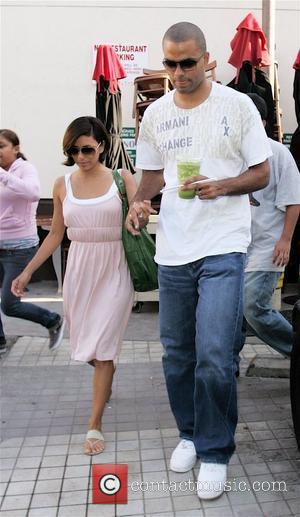 Eva Longoria PARKER has laughed off rumours she is pregnant, insisting her recent weight gain is for her role in TV series Desperate Housewives.
The actress claims her new bob-style haircut and slightly fuller figure are a reflection of changes in the life of her on-screen character Gabrielle Solis, who becomes a mother-of-two in the forthcoming fifth season.
The star's representative, Liza Anderson, tells People.com, "She's a worn out mother with two kids. And even that (the weight gain) was not enough. She's also wearing butt pads and a stomach pad to play the part."
Longoria Parker, 33, has been dodging rumours she is expecting her first child after she was photographed in a bikini with an apparent baby bump while on a European vacation last week (07Jul08).