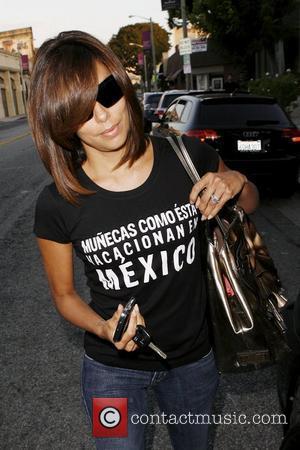 Eva Longoria PARKER's basketball star husband has whisked the actress around Europe on a sports-themed summer vacation.
The actress admits Tony Parker can't abandon his passions when he's not playing for the San Antonio Spurs, and she has had to allow him to get his sports fix during their summer break too.
Speaking on the set of her new basketball-themed commercial for Heineken Light beer, Longoria says, "I've been on vacation. I've been travelling all over Europe going to every sports game there is. Following my husband.
"We went to soccer, the Champions League, the French Open, basketball games in France. You name it, we've done it."