What took its toll on the actors' 19 month marriage? 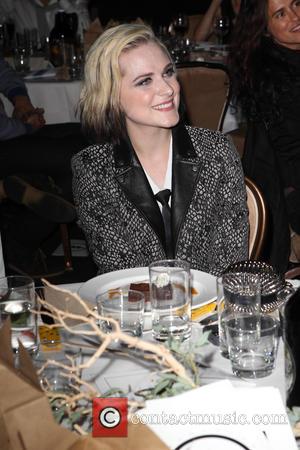 Evan Rachel Wood and Jamie Bell have split after just 19 months of marriage, a spokesperson has confirmed to Us Weekly. The couple have a 10 month-old son together who will be reportedly shared by both parents as they make their separation.

"Evan Rachel Wood and Jamie Bell have decided to separate," the rep told Us."They both love and respect one another and will of course remain committed to co-parenting their son. This is a mutual decision and the two remain close friends."

A source added to the confirmation, saying "They love each other so much but it just wasn't right."

It has been speculated that Evan's sexuality could have put strain on her marriage to the Nymphomaniac actor. Having come out in 2012, the 26 year-old actress now openly identifies as bisexual and has named fellow film star Milla Jovovich as one of her crushes. "My husband is well aware of the crush I have on Milla. ;) I mean who doesn't?!" she tweeted in a Twitter Q&A last month before adding "she is also insanely talented."

More: Jamie Bell urges British tabloid to stay away from his mother.

Bell may have known about his wife's outspoken attraction to others but in the same Twitter chat with The Advocate's Matthew Breen Evan opened up about the criticism she has received for her refusal to identify as either gay or straight. "I have certainly felt shamed from both sides for identifying that way," she said. "People like things black and white. It's less scary. Grey areas make people uneasy. But the pain and fear and confusion are just as real as any other sexuality and you are not alone."

The actress makes a point of being open about her sexuality in order to encourage others to not fear coming out as well as offer her support to those who are fighting prejudice. The actress sent out the cryptic tweet "Dont punish people for things they cant control," three days ago, which has led some to believe she could have been referring to her attraction to women as well as men.

Jamie deleted his Twitter account entirely but Evan announced a short break from social media, tweeting "Twitter break for a while. ...to be continued," when the news of the split hit.