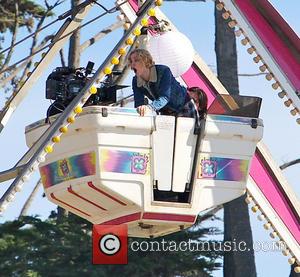 Yesterday (Jan 11) Evan Rachel Wood and her actor husband Jamie Bell announced that they were expecting their first child together. Whilst this is great news for the two, it wasn't expected news for the couple at all - with Wood admitting today that the pregnancy came as a complete surprise.

The two issued an official statement announcing the good news, with US Weekly first publishing the story alongside a spokesperson's statement from their publicist saying that the two were thrilled with the news. It's just as well that the two were so happy at the thought of tiny feet soon pitter-pattering around their home, as the couple were completely unaware that the actress was expecting and had made no prior plans to start a family.

She posted a Tweet yesterday denying that she ever expected to be expecting, writing: "Remember when i said, "No baby on the way here" Well, I didnt know there actually was!"

The Tweet references a past Tweet she wrote as a response to rumours that she was expecting a child shortly after her wedding to Bell in October 2012, after she was spotted in LA holding her stomach whilst wearing a baggy jumper. Whilst it was nothing before, this look will probably become a much more familiar one in the coming months.