Evan Rachel Wood is reportedly being sued for $30 million by the production company backing '10 Things I Hate About Life' after she dropped out of the project. 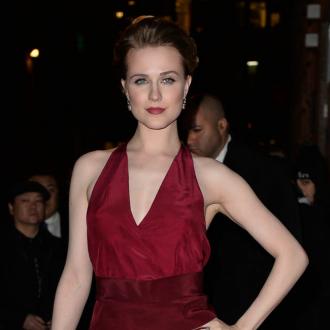 Evan Rachel Wood is reportedly being sued for $30 Million by the producers for the sequel of '10 Things I Hate About You' .

The 26-year-old actress backed out of '10 Things I Hate About Life' is facing legal action from LLC who filed a suit on June 5 after production was shut down in January 2013 for the project which she signed on to in 2012, according to Deadline.com.

The company want $20 million in lost profits, $5 million in special damages, $6 million in equity investments and $500,000 in lost financing costs.

Producers allege the actress - who has a 10-month-old son with husband Jamie Bell, who she announced her split from last week after 19 months of marriage - told the company in February 2013 that she was ''unable and unwilling to continue'' with filming, and ''would be unable to recommence'' until November 2013, before she chose to ''walk out on the project''.

The actress' representatives deny wrongdoing on her part and accuse the producers of using ''bullying tactics''.

In a statement, they said: ''The lawsuit is preposterous and simply a bullying tactic from financially troubled producers.

''The production shut down in February 2013 when the producers ran out of money. Even after that, Evan agreed to resume production in November 2013 by which time the producers said they would have cleared up their issues.

''However, the producers still could not get their act together, nor did they pay Evan money that was owed. Repeated subsequent promises by the producers to resume production and pay Evan also turned out to be false. Enough is enough. The producers, not Evan, have breached contract.''