Actress Evan Rachel Wood will be too busy with her television and movie career to worry about her split from Marilyn Manson. 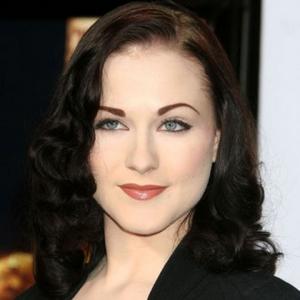 Evan Rachel Wood will be too busy with her acting career to dwell on her split from Marilyn Manson.

The 'Wrestler' actress and the goth rocker recently called off their engagement, and Marilyn was spotted out partying with a group of mystery women shortly after.

However, the 22-year-old beauty - who had a Rocky relationship with the singer - has so much work lined up that she won't have time to worry about Marilyn.

The actress is currently starring on the HBO vampire drama 'True Blood' and will appear in HBO's 'Mildred Pierce' with Kate Winslet.

She can also be seen in Robert Redford's 'The Conspirator' later this year.

The couple were first linked in 2006 following the singer's split from ex-wife Dita Von Teese. They first split in October 2008 before briefly reuniting in February 2009 and rekindled their romance last December.

Evan - who has dated former co-stars Jamie Bell and Shane West - also has a number of films in pre-production stages. She is expected to star in the movies 'Flora Plum', 'Splatter Sisters' and 'American Pastoral'.