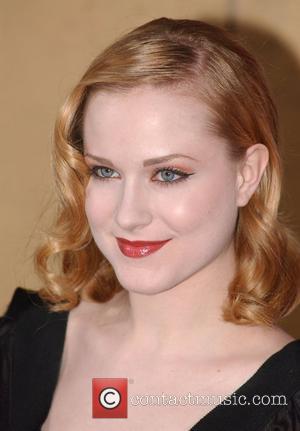 Actress Evan Rachel Wood stunned Hollywood as part of a nine-hour marathon to promote her new Beatles movie musical ACROSS THE UNIVERSE, which ended with a performance at the Viper Room. The teenager, who is dating goth-rocker Marilyn Manson, teamed up with Los Angeles band The Ravers to perform Fab Four hits A Day In The Life and It Won't Be Long, which she sings in the new film, on Tuesday night (18Sep07). She then invited movie co-star Jim Sturgess up onstage at the L.A. rock hotspot for a late-night duet of Ticket To Ride before the private event became a free-for-all for the cast of the film and director Julie Taymor. Guests like Kate Bosworth and British rockers Dave Stewart and Jeff Lynne clapped enthusiastically as Taymor and the cast finished the evening with a rendition of Beatles classics Hey Jude and Twist + Shout. The big Beatles night out was organised by American Idol bosses at media powerhouse 19 Entertainment as part of a week of U.K. themed events in L.A., dubbed called Brit Week. The evening started with a special screening of Across The Universe. Event organiser Martin Lewis says, "It was an amazing night. It was great to hear the cast belting out Beatles tunes, but Evan really wowed the crowd. She has an incredible voice."