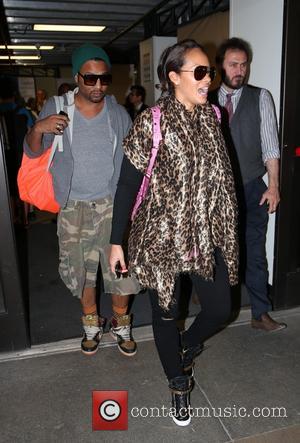 U.S. reality star Evelyn Lozada has given birth to a baby boy.

Lozada took to Twitter.com hours after giving birth to write, "I have Exciting News! Thank you God for my blessing!"

This is Lozada and Crawford's first child together. Lozada also has a 20-year-old daughter from a previous relationship.

The Basketball Wives star was previously married to Johnson for just six weeks in 2012, but their union came to an abrupt end following a physical altercation in which the sportsman allegedly headbutted Lozada. She filed for divorce days after the incident.