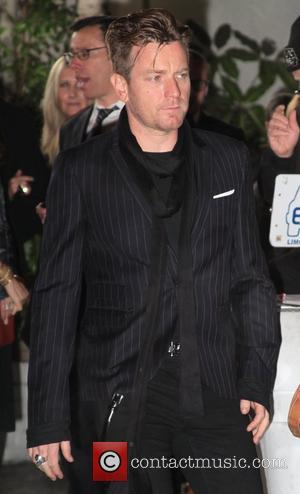 The Ewan McGregor movie Beginners and Terrence Malick's Palme d'Or winning 'The Tree of Life' shared the top prize for Best Feature Film at Monday evening's Gotham Awards in New York City (November 28, 2011) - a key event on the independent movie calendar which also marks the start of the awards season.

Malick's experimental drama about the origins and meaning of life was expected to fare well at the ceremony, though Beginners was the surprise package. Starring Scottish actor Mcgregor as a man whose elderly father reveals he is gay, the movie scored a huge upset to take the top honor, beating out Alexander Payne's 'The Descendants' - an Oscar-favorite that was nominated for three awards but won none. Director Mike Mills heaped praise on his cast after accepting the gong, singling out the acclaimed theatre actor Christopher Plummer for particular praise, explaining, "[there was] no good reason for Christopher Plummer to believe in me. But he did". Hosted this year by Edie Falco and Oliver Platt, the annual Gotham Awards are held by the Independent Feature Project - a non-profit organisation that supports independent film making and aims to shine the spotlight on low-budget movies ahead of the awards season. Though not necessarily regarded as a barometer for the Oscars, several Gotham winners have gone on to achieve notable success - including last year's Best Feature Film winner 'Winters Bone', which subsequently went on to score numerous nominations at the Academy Awards.

Elsewhere at the Gotham Awards, Felicity Jones took the Breakthrough Actor prize for her work in Brit flick 'Like Crazy', while Charlize Theron, Gary Oldman and David Cronenberg received special tribute awards for their continuing services to cinema. Alec Baldwin and Stanley Tucci were amongst the evening's presenters.