Bremner discussed his character Spud, and how the cast no longer feels "invincible" twenty years after 'Trainspotting'.

With just days to go before the highly-anticipated sequel to ‘90s movie classic Trainspotting, one of the film’s stars, Ewen Bremner, has spoken about what audiences can expect from the classic cast of characters now that they’ve aged twenty years in T2.

Set in Edinburgh two decades on from the events of Danny Boyle’s hit film of 1996, Bremner’s character Spud is surprised when his friend Renton returns from out of nowhere. However, they certainly don’t pick up where they left off with their drug habits.

Ewen Bremner at the UK premiere of 'T2'

Set 20 years after the original movie, we see our favourite once drug-addled Scotsman reunited. After Renton pledged to make his life better and stop taking heroin, he ran off with the takings of the groups drug-deal and had not been seen by any of the group since.  Troublemaker Begbie is still on the wrong side of the law and finds his temper taking control and constantly getting him into trouble, once he's released from jail, causing mayhem comes as standard for the moustachioed brute.

While most of the group have found themselves cutting their intake of heroin, that doesn't mean that they're on the straight and narrow. Each one is still battling various demons from their past and make a living example of the old adage 'old habits die hard'.

Diana is a princess and one of the best fighters on the island she was raised on. Her homeland was very different to what we know, it's a beautiful paradise inhabited only by women and Diana herself was brought to like by the mighty god Zeus. When a body washes up on the shore of the island, Diana cannot believe what she sees, a man has somehow found his way to their land and is in need of help.

Nursing the his back to help, the two bond and Diana learns that the man, an American pilot by the name of Steve Trevor was flying a plane when he crashed and found himself at her mercy. Steve regales many tail about the outside world and tells Diana of a catastrophic world war that's currently happening.

Moved by the pilot's stories, much to the dismay of the queen, Diana decides to leave her homeland and help fight with the Allies. The new outer world is a completely different place for Diana and she soon sees that life is very different for women outside of her normal environment. Demonstrating her fierce fighting method and lasso and sword skills, the superhero learns that her abilities are needed to protect the humans and must only be used for the greater good.

Ahead of its much-anticipated release in January next year, a brand new official teaser trailer has emerged for the Trainspotting sequel, and the first to feature new footage.

As the iconic opening music from the 1996 original film, Iggy Pop’s ‘Lust For Life’, plays again, a train rumbles past to reveal the four original cast members – Renton (Ewan McGregor), Sick Boy (Jonny Lee Miller), Spud (Ewen Bremner) and Begbie (Robert Carlyle) - standing in a line on the station platform, in a throwback scene to the first movie. Danny Boyle in May 2016 shooting 'Trainspotting 2'

Fans of ‘90s classic Trainspotting have been anticipating a sequel to the beloved original for over two decades. Now they know exactly when their wait will be over, as a release date has finally been announced along with a teaser trailer.

British actor Carlyle will be reuniting with the rest of the cast of the 1996 original when it begins filming next year, and says that John Hodge's script is the best he's ever seen.

Trainspotting was one of the most iconic films of the nineties, as its tale of heroin addicts in Edinburgh caught the imagination of audiences around the world, and the announcement of its eventual sequel, some two decades after the original, has been one of the biggest movie news items of the year.

Robert Carlyle, one of the stars of the 1996 original who is returning to reprise his role as the psychotic Francis Begbie, has been speaking to NME about how much he’s looking forward to reuniting with director Danny Boyle and the rest of the cast – Ewan McGregor, Ewen Bremner and Jonny Lee Miller - when filming starts next year. 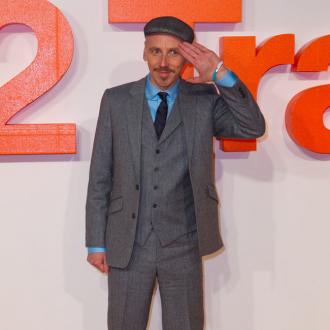