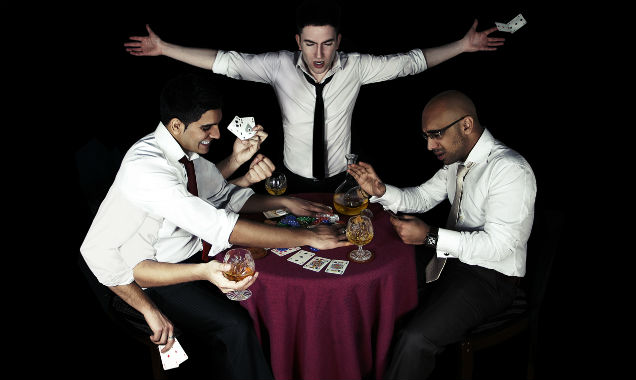 The 'difficult second album' has become so prevalent it's practically an idiom, so you can forgive bands like Ex Libras for taking some time out to make sure their next LP was as powerful as their critically acclaimed debut, 'Suite(s)'. However, nobody thought they'd have to wait 4 years to hear the elusive 'Side Step Left', the band's forthcoming album due for release this summer. We caught up with Ex Libras beats master Ross to see what they've been up to since we last say the band, and what we can expect in 2015.

Contactmusic: You're back after rather a long break - why did you decide to go away?

Ross: It wasn't really a conscious decision to go anywhere, but having released 'Suite(s)' and then 'Cut(s)', the natural cycle of write, record, release and tour had come full circle and we found ourselves writing again. This process drew on an appraisal of material scattered across hard drives, recorded at various points over the last two years, and so the process started again. It just so happened that this particular cycle took an extra long orbit, possibly influenced by bodies of greater influence that as a band you try your best to navigate through. We're nearly full cycle again coming up to the release of 'Side Step Left' in 2015, but we have not yet completed the circle.

CM: 'Side Step Left' is your second album, how does it differ from your debut 'Suite(s)'?

Ross: 'Side Step Left' was delivered in an audio hospital with the equivalent of doctors, nurses and a room full equipment at our beck and call, whereas 'Suite(s)' was more akin to a home birth. So the process was different in every single way sonically and the environment into which it came to be. That being said, the initial writing process was much the same for both. It's bolder and more self assured, like anyone who's grown up, but I'd still like to believe has an emotional vulnerability to it that is also behind every one of us.

CM: What influenced the sound on the forthcoming album?

CM: How are you feeling about stepping back into the limelight? Nervous, excited, both?

Ross: We feel extremely fortunate to be able to play and release again as a band. We never take it for granted. We're nervous because we care, but that's a good thing for the audience. We're excited to be able to share our new songs, to let them go and ultimately give them up.

CM: There have been comparisons to Radiohead and Thom Yorke - are you fans?

Ross: The comparisons are a huge compliment; we're all fans of the body of work created by these inspiring individuals.

CM: What would you say you actually sound like as a band?

Ross: The beats are a hybrid between acoustic and electronic, the genres they historically come from and into the unknown new. The bass is sine wave sub; low hum that you feel as well as hear. Chords are drawn from classical piano and a bed of blanket guitar effects which swell the size of the listening environment, only to be punctured by acute squeals from the same. The vocals appear in the space left, often soaring above and diving below.

CM: Are there any tracks on the new album that you'd highlight as 'stand outs' to newcomers?

Ross: We're proud of every single song, so I'll suggest two that couldn't be further apart. 'City Kids Grow Never Seeing the Stars' is very immediate and is instantly beside you. 'Audionoughts' is a full blown exploration into pushing ourselves musically in diverse and perverted ways.

CM: In the 4 years you've been away, do you think the scene has changed at all? If so, how?

Ross: Well, venues are shutting that we have previously played in London and elsewhere around the UK. These closed houses of sound are closed opportunities for today's young bands. In that sense, it's a great shame for any scene. But music will always find an outlet and in some respect there has never been a greater time in which to make available recorded works of sound online, but the live experience for me has always been where it's at, all recorded works has to lead back to that fundamental and ultimately that means a place to house it.

CM: What's the best and worst thing about being an independent band?

Ross: We're fortunate in respect of the amount of creative control we have which promotes integrity and fulfilment in what we collectively do together. This is the offered sacrifice for any potential downsides, each and every one, and we've had our share.

Ross: We're headlining The Barfly in Camden on February 20th, but touring 'Side Step Left' aside, we are ready to start the cycle again. We promise it won't take so long this time... 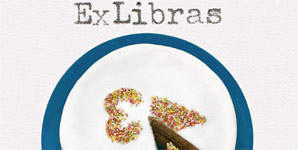