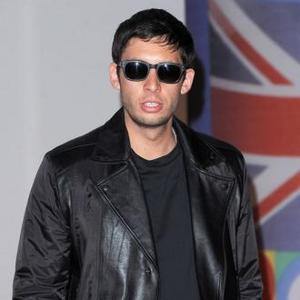 The rapper has a strong rock influence on the record, to be released in November, and is promised fans it will be ''very good''.

He told NME magazine: ''It's very good. It's like every genre of guitar music. There's stadium rock, there's some more U2 and Coldplay moments on there, in terms of riffs.

However, The 'Playing in The Shadows' star - best known for his dance-pop tracks - insists it is not a conventional rock album.

He added: ''Everything's got a massive guitar riff, but then backed up by electronic drums and synth basslines or dubstep sort of basslines.

''It's all pretty uplifting. That's the vibe and I'm happy with it.''

Example also said at the end of last year he will never sing about ''gangstas and hos,'' as he once did, again.