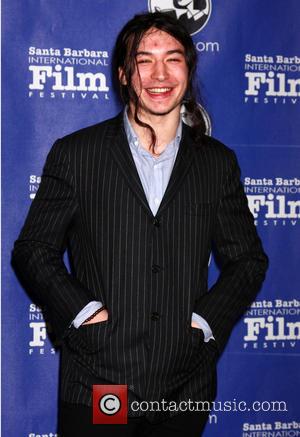 Actor Ezra Miller has undergone vigorous training at a boot camp as he prepares for a daring expedition to the North Pole.

The We Need to Talk About Kevin star will ski for eight hours a day over harsh terrain and brave nighttime temperatures as low as minus 35 degrees Celsius (minus 31 degrees Fahrenheit) during his trek.

When he finally arrives at the top of the world, Miller and three other volunteers will attempt to lower a flag to the seabed to symbolise global unity and peace. The banner will have a special pod attached containing the names of almost three million pro-environment campaigners including Cameron Diaz and Sir Paul MCCartney.

Miller's trek to the North Pole, part of Greenpeace's campaign to protect the Arctic, will take place next month (Apr13) and is expected to last for around eight days.

In preparation for the expedition, Miller has undergone a gruelling course at a snow survival centre in Canada.

He says, "I've never camped in the snow before and I'm definitely not an Arctic explorer, but I'm determined to plant this flag at the North Pole to declare it protected... Even after months of training I'm still pretty terrified about skiing across the frozen Arctic Ocean. But I feel really honoured to have been asked to take part along with these amazing young people, and it's a story that I will tell to my grandchildren once we've won this huge fight against climate change."