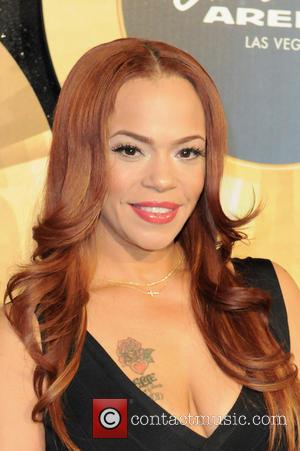 Picture: Faith Evans - Photographs of a variety of stars as they arrived at the Soul Train Awards 2014 which were held at Orleans Arena in...

Singer Faith Evans is open to recording a song with her one-time love rival Lil Kim, despite their long-standing feud.

The Love Like This hitmaker and Kim had a falling out after Evans discovered her late husband, rapper The Notorious B.I.G., was having an affair with Kim, but now she insists she has put the past behind her and would be willing to work with her man's mistress.

She says, "I've reached out to Kim to do a song together some years ago when she was, I guess, dating the producer Scott Storch; my ex-husband kind of tried to make that happen.

"I can't really tell you why it didn't happen at the time, but it's really not about money... At this point, it would be about doing the right song and it making sense for both of us to do it."