By Dom Gourlay in Music Reviews on 04 January 2013

Remember The Wiseguys? You should. Their single 'Ooh La La' soundtracked a Budweiser commercial at the tail end of the 1990s, narrowly missing out on the coveted number one spot upon its re-release. Just over a year later, The Wiseguys were no more, surviving member Theo Keating (aka Touche) opting to follow fellow founder Paul Eve (aka Regal) into other solo ventures and production territories. 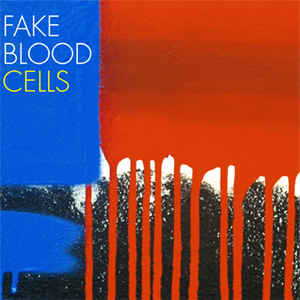 Which is where his current alter ego Fake Blood comes in. Having adopted the moniker five years ago, more as an alias for a host of remix and production credits than anything else, Keating has found himself in constant demand ever since, culminating in the release of 2008's underground electro anthem 'Mars'. Since then, he's been a regular fixture on the club and warehouse dance circuit, his set in the Bollywood tent at last summer's Bestival proving one of the weekend's highlights.

Having finally gotten round to recording an album, it won't come as much of a surprise that 'Cells' embarks on a similar path to much of Keating's work as Fake Blood. Although not entirely formulaic, there's something about the way Keating fuses teetering on the edge basslines with chirpy analogue synths that make Fake Blood instantly recognisable and here that potent and occasionally heady mix is served in abundance.