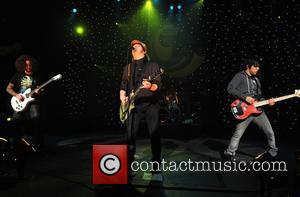 Fall Out Boy star Pete Wentz considered quitting the band after nude pictures of him were posted on the Internet.
The bassist admits he was humiliated after the risque photographs emerged online, and claims the incident is the darkest point of his career
He says, "I remember calling (bandmate) Patrick (Stump) and saying I quit. It's the equivalent of someone walking in on you in the shower apart from it is on Google. It's not fun.
"There have been a few low points as people are well aware of."
And Wentz denies posting the images on the Internet to garner more publicity for his band.
He adds, "The first thing that I would think if I saw the pictures would be that they released them themselves but it wasn't. I would have done a better job if I'd released them myself."