Police now believe the children's book 'The Lonely Doll' Famke Janssen found by her bedside actually belonged to her all along. 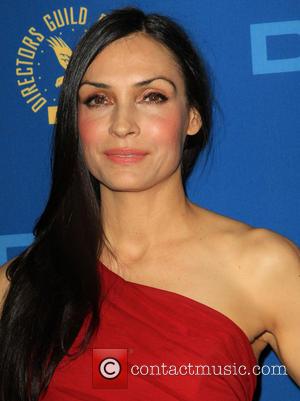 X-men star Famke Janssen is left looking red-faced as Police say she is the owner of the creepy children's book 'The Lonely Doll' and it wasn't planted next to her bed by burglars.

The 48 year old reported an alleged break-in to her New York City apartment last August (10th) claiming that the culprit must have left the children's book next to her bed on a shelf because she had never seen it before. The actress also reported nothing had been taken and there was no sign on a forced entry, a highly skilled burglar leaving children's books seems a bit farfetched right?

8 years ago in 2005 Janssen reported a crazed fan to the police for harassment as he wouldn't stop sending her photographs and letters, and at first the police department thought the two incidents could be related with the book acting as a sign for some sort of threat from an alleged stalker.

The conclusion that she is the owner came from detectives finding pieces of scrunched up paper between the pages and a to-do list with her name written on it, reported the New York Post.

"They [detectives] believe that the book belongs to Famke," a source told the newspaper. "The book has some connection to her home."

The children's book 'The Lonely Doll' was published in 1957 and tells the story of a doll called Edith who needed a play partner and eventually befriended two teddy bears.The book doesn't come across as the threatening kind and the Dutch actress will undoubtedly feel a tiny bit foolish.

According to the NY Post the actress won't be charged with filing a false report because she genuinely believed someone broke in and panted the book.