X-Men star Famke Janssen wasn't embarrassed when she saw co-star SIR Ian McKellen naked, because she grew up in a family that regularly attends nude camps. The beautiful brunette star was raised in liberal Amsterdam, The Netherlands, and is quite comfortable with her sexuality. Janssen was filming X-MEN:THE LAST STAND in Vancouver, Canada, and decided to do some sightseeing when she unexpectedly ran into her naked co-star. She explains, "Somebody told me about this beach I should go check out, so I went with a friend. "I get there and it happens to be a nude beach and the first person I bump into is Sir Ian MCKellen, flopping in the wind. "It's not strange for me so much. I'm Dutch and my family, they're a little weird - they go to nude camps a lot. "Then they go play tennis naked, or go bowling naked or do yoga naked. Some things need to be left to the imagination!" 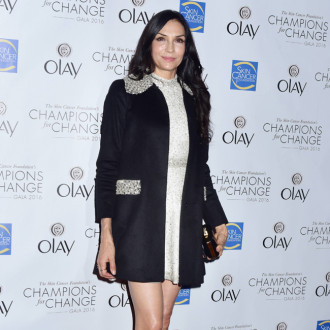