Actress Kate Mara Has Refused To Watch Her Superhero Movie Fantastic Four After It Received A Slew Of Scathing Reviews. 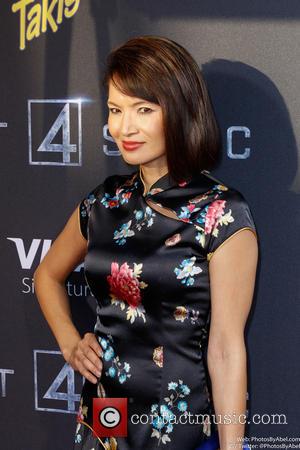 The House of Cards star plays Sue Storm, The Invisible Woman, in the movie, which garnered a series of bad write-ups from critics and suffered disappointing box office sales in the U.S. following its release in August (15).

Director Josh Trank even attacked his own film on the eve of the release, tweeting, "A year ago I had a fantastic version of this. And it would've received great reviews. You'll probably never see it. That's reality though."

Mara describes her director's actions as "highly disappointing" but insists she had a "good time" making the film despite a number of problems on set, telling British newspaper The Times, "It was a tricky shoot but you know... When you know when you're shooting it that a film isn't going to be what you want it to be (sic)? That was not the case at all."

When asked if she has seen the film, Mara adds, "No, but I will eventually," but adds that the movie's harsh reviews have made her feel "a little bit gun-shy".

Despite Fantastic Four's troubles, Mara, who is rumoured to be dating her co-star Jamie Bell, says that those involved "really had each other's backs," adding, "That's the thing that makes me most bummed because we have no idea if we'll ever make another one."